In 1999 UNESCO officially declared that International Mother Language Day will be marked on 21st February each year.  I have to admit, prior to coming to Bangladesh I was totally unaware of this, but the origins of the annual observance lie very firmly and significantly in the history of this country.

For some, the day perhaps offers an opportunity to celebrate cultural expression, and  acknowledge the work of notable writers, poets, playwrights, etc. However, for Bangladeshis this day respectfully marks a period of their history in which lives were sacrificed and foundations put in place for an ultimately successful, but severely painful independence movement. 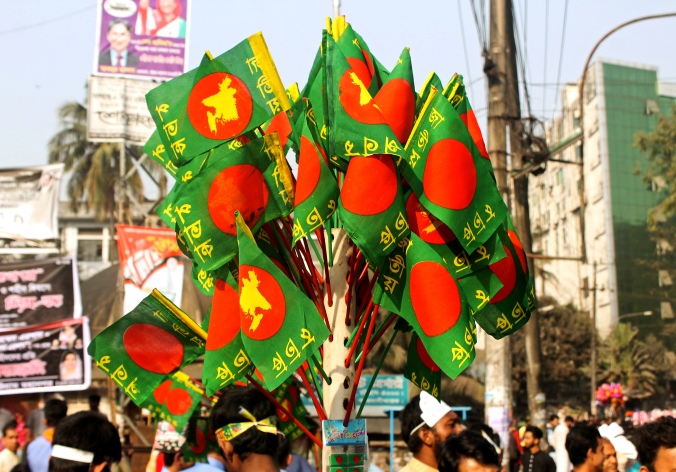 The partition of India in 1947, resulted in the region of Bengal being split in two with West Bengal remaining part of India and East Bengal becoming a province in the newly created, Pakistan. Some years later East Bengal was renamed East Pakistan.

In 1948 however, the new government of Pakistan, whose administrative center lay in the Urdu speaking, western part of the country (almost 2,000 kilometers from Dhaka in the eastern part of the geographically divided state), declared Urdu the official language of the country to be used in schools and for all official purposes. Forty-four million Bengali speakers in East Bengal now faced the prospect of being denied their basic language rights with the outlawing of their mother tongue.

Prominent Bengali speakers attempted to negotiate this discriminatory language policy, but after four years, and with no sign of  a compromise, students and political activists launched protests. This symbolized the beginning of the now famous language movement, and the first protest took place on February 21st, 1952, leading to the loss of life of several students.

Their legacy lives on though, as their actions became the catalyst for a continued, organised campaign, which forced the Pakistan government to relent on its refusal to recognize Bengali as an official language. Those who gave their lives for the cause are referred to as the language martyrs because of their sacrifice in the fight to preserve their mother tongue, and thus each year on 21st February Bangladesh commemorates their memory.

In a poignant show of respect and gratitude for the language martyrs, crowds of people, young and old, fill the streets and march in long lines towards the Shaheed Minars (‘Martyr Monuments’), on which they place flowers.

The language movement became all the more significant for Bangladeshis in the years proceeding 1952, as the population fought to achieve their independence from the West Pakistan government, which (aside from just language) had consistently denied the basic rights of its Bengali speaking people in the east. Having previously suffered years and years of violent and stifling oppression during British rule (prior to 1947), the people of East Bengal were understandably yearning for freedom and the realization of some of the most basic of human rights. 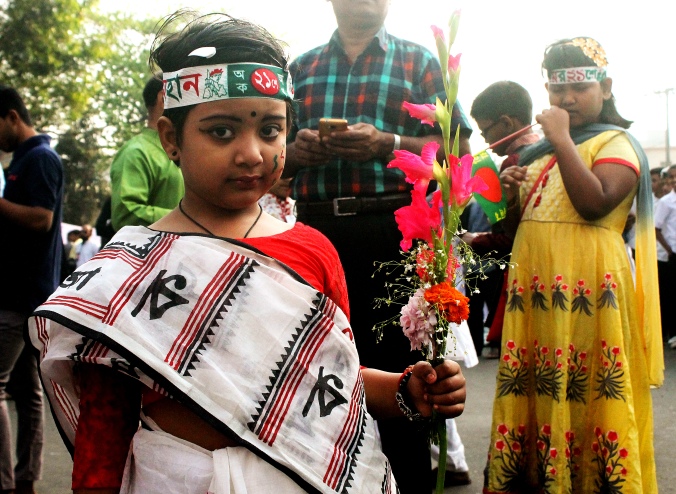 In 1971 the people of East Pakistan declared their autonomy from Pakistan and after a bloody and brutal war (known as the Liberation War), Bangladesh was born. The seeds of this independence movement were sown in 1952 however, with the language martyrs and their actions.

So that is a brief explanation as to why 21st February has been designated globally as International Mother Language Day. In a TED talk by Suzanne Talhouk, she raises the point that the ‘best’ way to kill a nation is to kill its language. The language martyrs knew this, so they were willing to lay down their lives in order to save their language, their culture, and their identity for generations to come. It is somewhat fitting then that their enduring sacrifice is not only marked within Bangladesh, but globally and on an annual basis.

This year I visited the main Shaheed Minar here in Chittagong early in the morning and below are some of the images I captured. 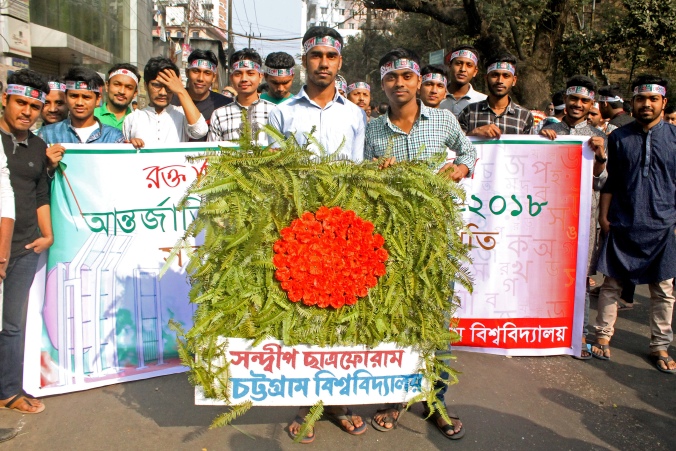 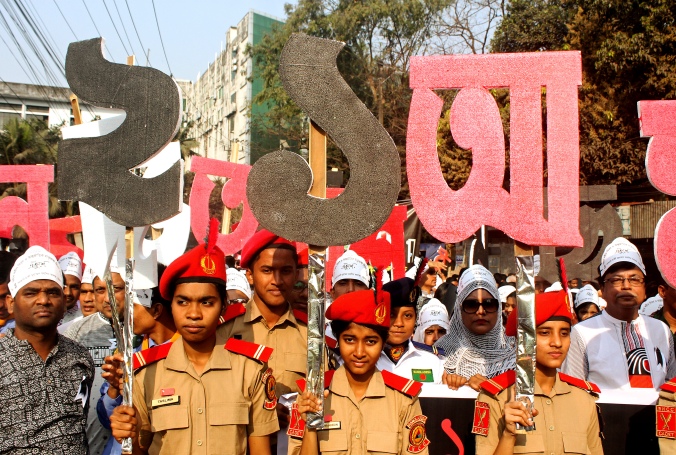 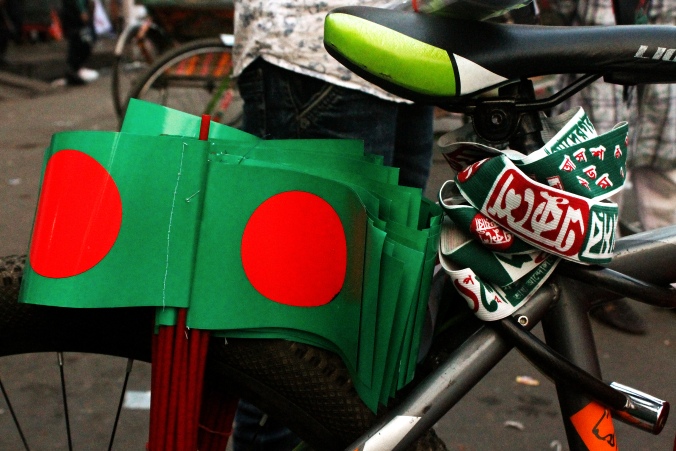 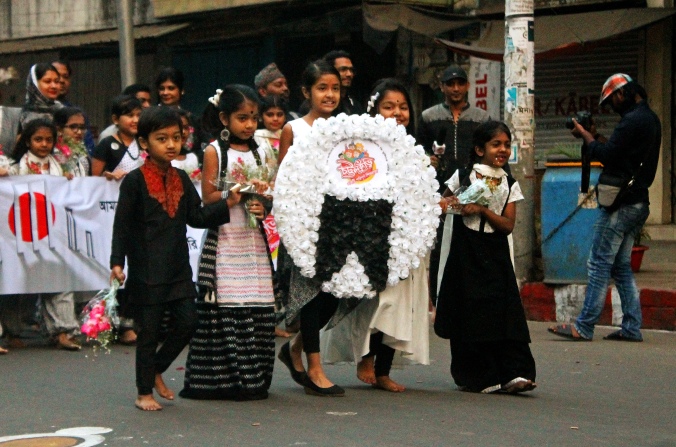 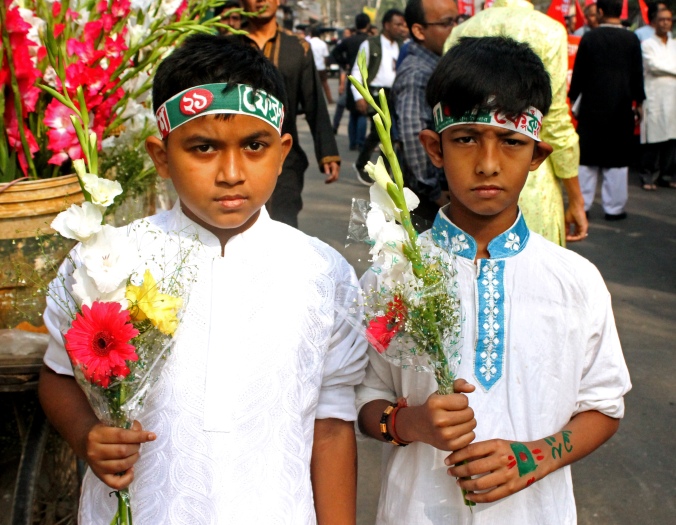 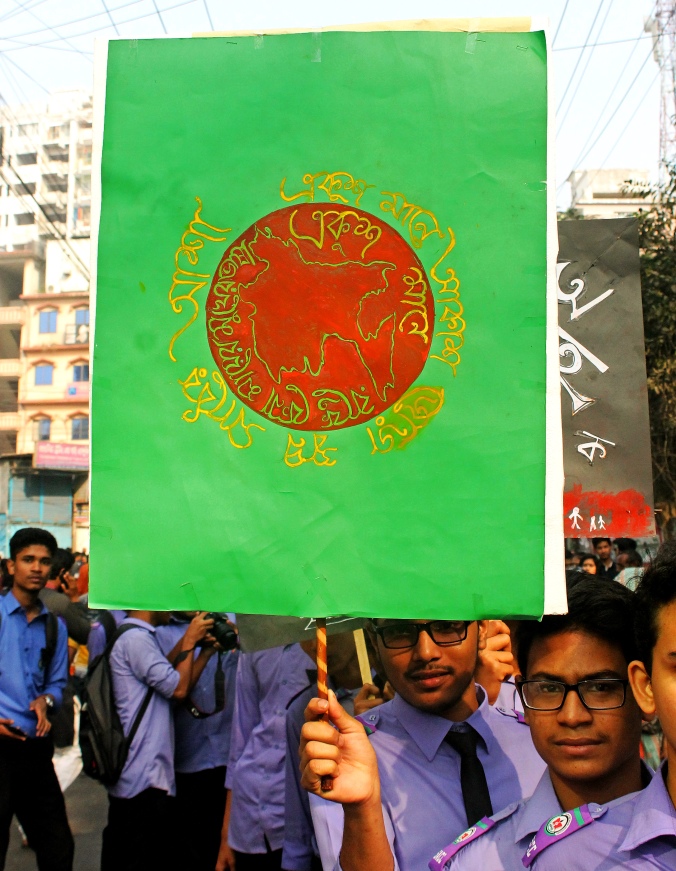 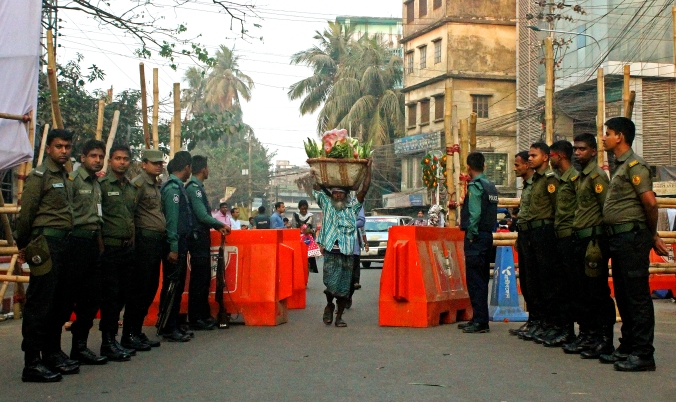 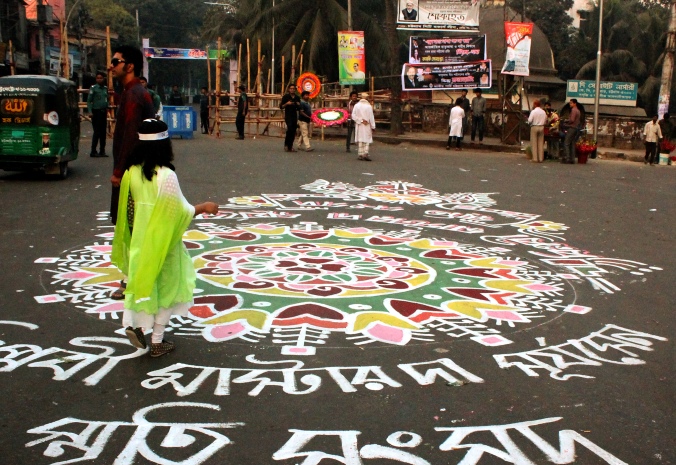 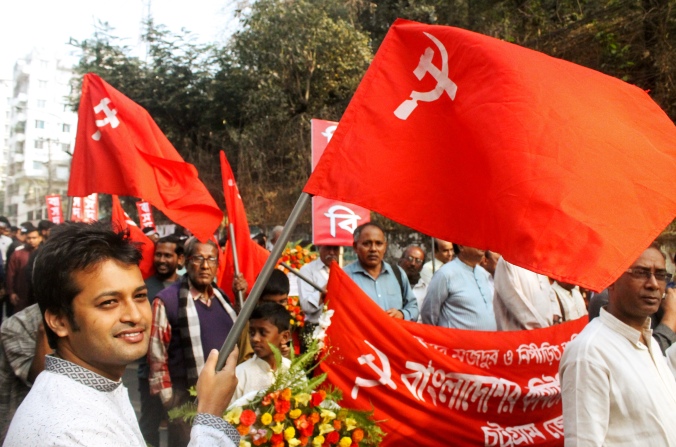 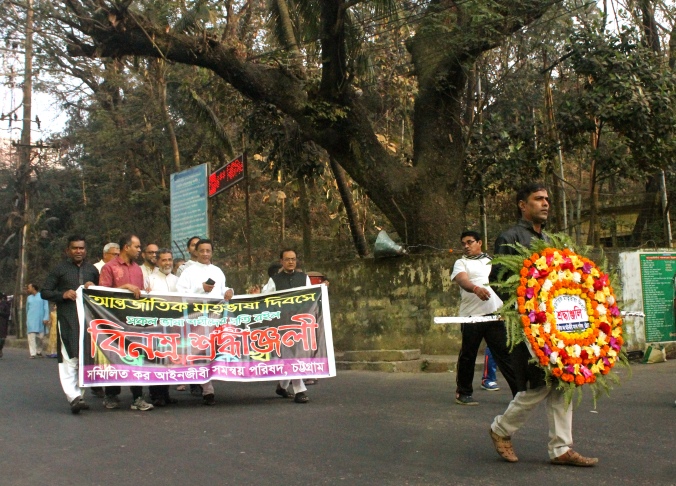 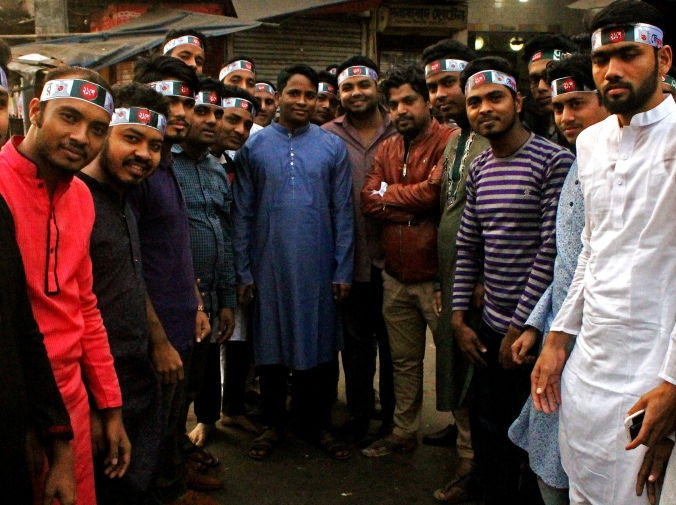