One of the most frustrating aspects of social media is the simple fact that stories about complete idiots are thrust directly in front of your face on an almost daily basis. Anyone who saw my Facebook page in the past week or so may have noticed one such story.

The news I’m referring to is surprisingly not about Donald Trump, Jeremy Hunt, or Sepp Blatter (although this trio are worthy contenders), but rather revolves around a group of people who epitomise the ignorance and disregard demonstrated so often by the human race to other creatures.

Endangered baby dolphin dies after swimmers pass it around for selfies

A dolphin plucked from the water and passed around like a trophy so that bronzed beachgoers of all ages could pose and take ‘selfies’ with it. Once the selfies were complete, the dolphin had inevitably died. Because you see, what these humans had so crucially forgotten, is that dolphins can’t survive for prolonged periods outside of water, and what those people now have on their cameras, or smart phones, or whatever they were using that day which caused them to lose all sense, is a selfie with a dolphin who died because of them.

It happened in Argentina, but this could be anywhere in the world, and the flagrant disregard for the life they passed around in their hands that day sums up the arrogance and sheer contempt we, humans, demonstrate on a daily basis.

It left me totally exasperated once again, as it seems there is not a week that passes without tales of sheer moronic stupidity claiming yet more animal lives. Whether it is a wealthy dentist shooting an innocent and treasured lion, Russian circuses forcing polar bears to dance, or puppies used for target practice, there is no limit to our cruelty and indifference.

However, despite all of this, there is hope, and I have witnessed a few examples here in Bangladesh.

Obhoyaronno is an animal welfare foundation formed in Dhaka in 2009 and has carried out some fantastic work mainly in the Bangladesh capital to rescue animals and educate the local population about animal welfare issues. The organisation has successfully campaigned to have dog culling in Dhaka cancelled, and they regularly carry out dog vaccination programs in the city. They have a large community now of like-minded people who will alert others about any cases of animal abuse or animals in trouble.

Dog Lovers of Bangladesh is an inspiring facebook page dedicated to, well…dogs of course. The members on that page never fail to amaze me with their dedication to the welfare of dogs here, and there are often emergency posts regarding an injured or distressed dog sighting. It is not uncommon for this to be followed by an immediate and robust response from other members of the group who mobilize and swiftly locate the dog, whilst doing all they can to source the care it needs. Other members often chip in with cash donations, and before you know it, a dog once destined to lie dying next to a busy road, has been scooped up and given the life-saving treatment it so gravely needed. The members of this group are caring, conscientious animal lovers who provide a reminder that all is not lost.

Finally, there is a group somewhat closer to home for which I have the utmost admiration; The Asian University for Women (AUW) Animal Welfare Club. Created just over two years ago, the club has grown steadily and in that time initiated a number of projects aimed at implementing clear strategies for improving the welfare of animals.

In truth due to the modest size of the club and its limited financial capacity, the focus has been on street dogs and cats. However, the lack of funds has been no deterrent to the club members, and driven by their passionate club president and founder, Mandy Mukhuti, they have already played a significant role in making tangible changes in the lives of many animals.

Since its inception in 2013, the club has visited primary schools to educate young children on how to treat animals. They have also initiated a daily feeding program, which entails collecting leftover food and feeding street dogs in the vicinity of the campus. The success of this is highlighted by the fact these dogs now know and recognise the members of the club when they come calling with their plastic container full of food! 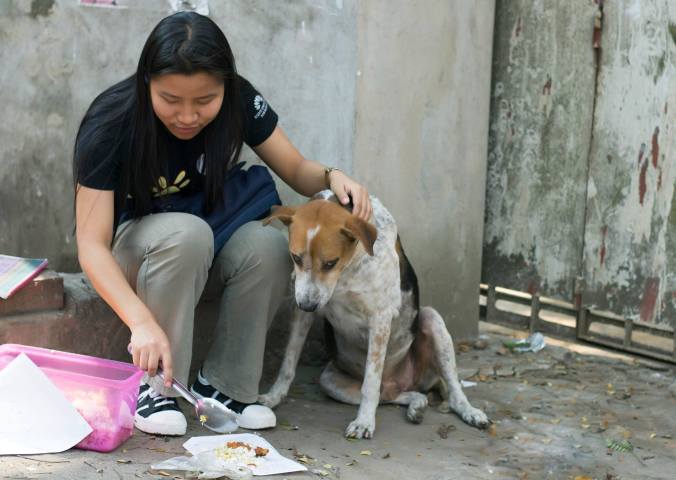 The club has also rescued several cats and dogs and successfully found homes for many of these animals. Finally, this past weekend they arguably reached the peak of their success thus far. Having spent a few months raising necessary funds, they teamed up with local veterinarians and students from other universities and set about successfully vaccinating two hundred dogs across the city in just a single weekend! It’s a remarkable achievement given the constraints they experience and a testament to their passion and commitment to such a worthwhile cause. 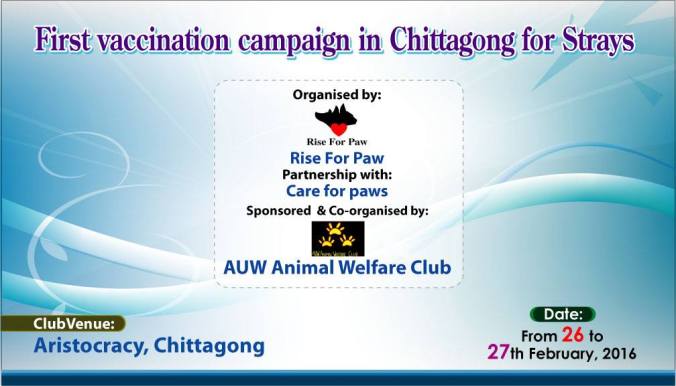 I’ll leave you with a collection of images taken during my time here in Bangladesh, which show a number of the animal friends I’ve made. This family lived behind our building and the puppies provided hours of fun, yet immense stress! We managed to find homes for most of them, but a couple sadly fell victim to the unforgiving main road that lay just far too close for temptation. 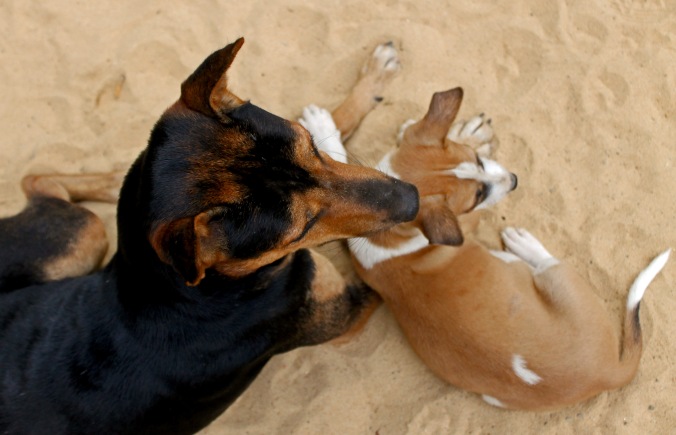 At present I also regularly feed Tommy and Rocky who live on our road, and whilst this is just a very tiny act, I believe that the bewildered, yet intrigued gazes I receive as I sit feeding the dogs do go some way to showing people that these dogs are not angry beasts who should be avoided at all costs, but actually friendly animals who just need a bit of love and a friendly face.

Step by step we can make a difference, no matter how small that may be. 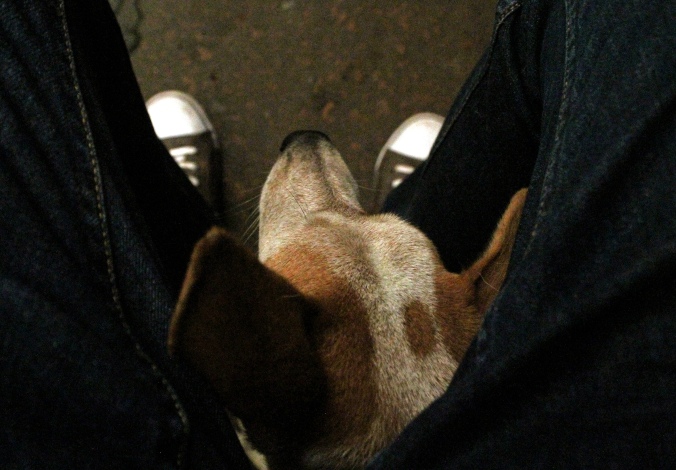 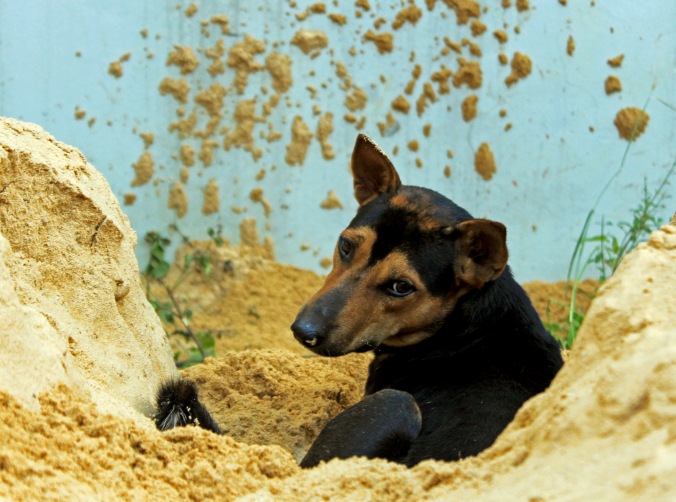 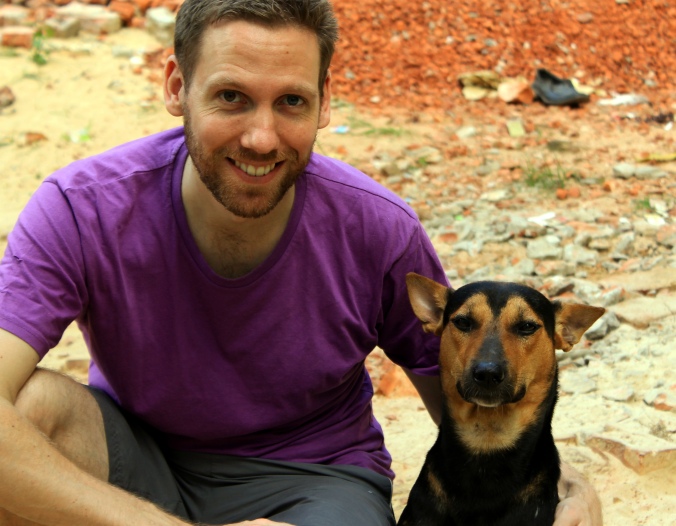 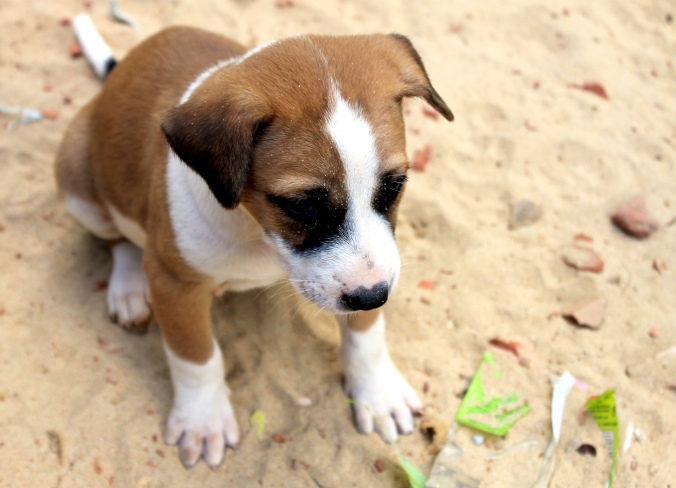 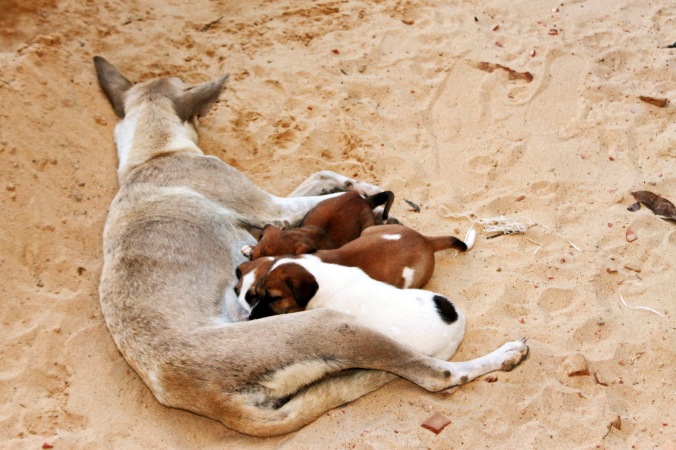 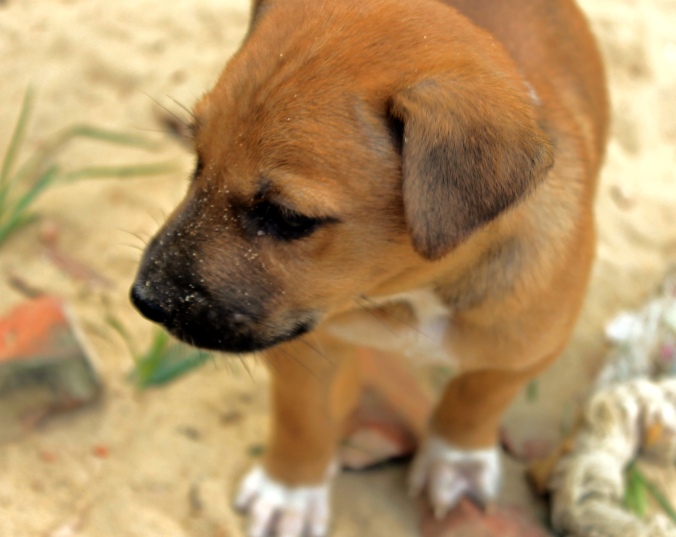 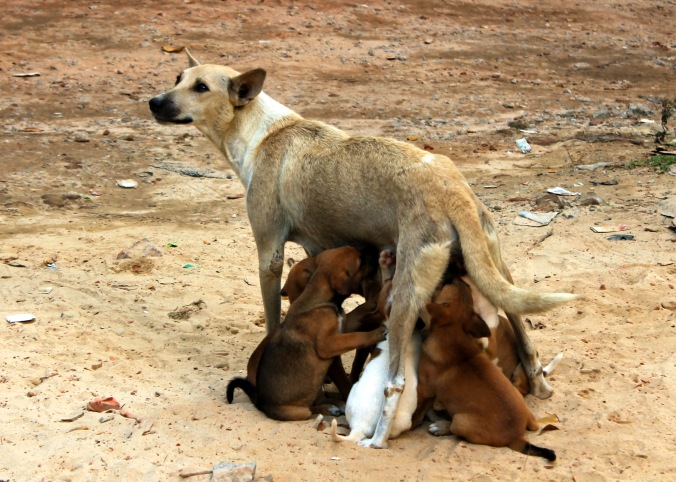 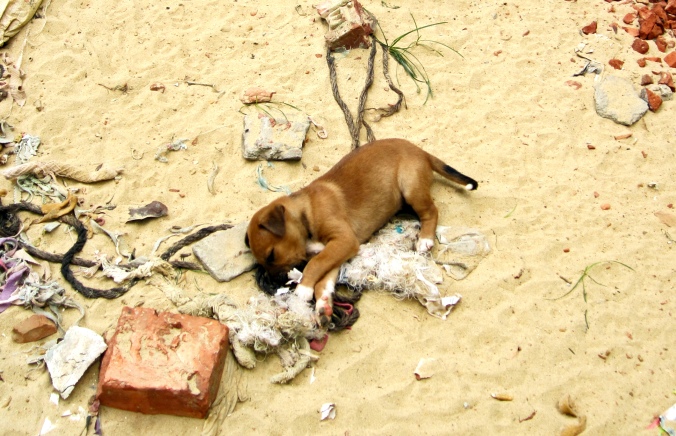 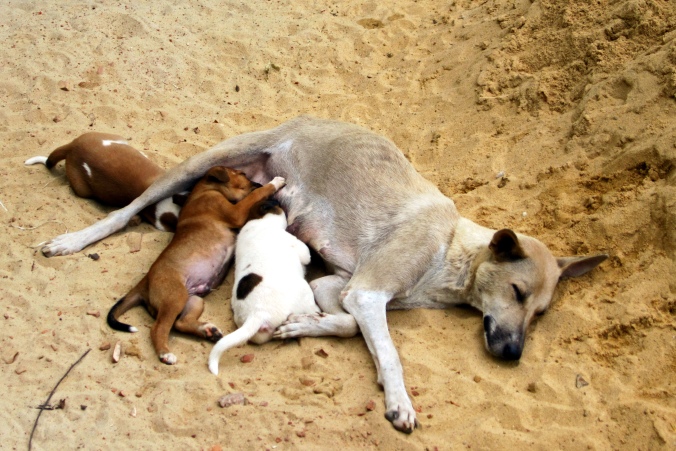 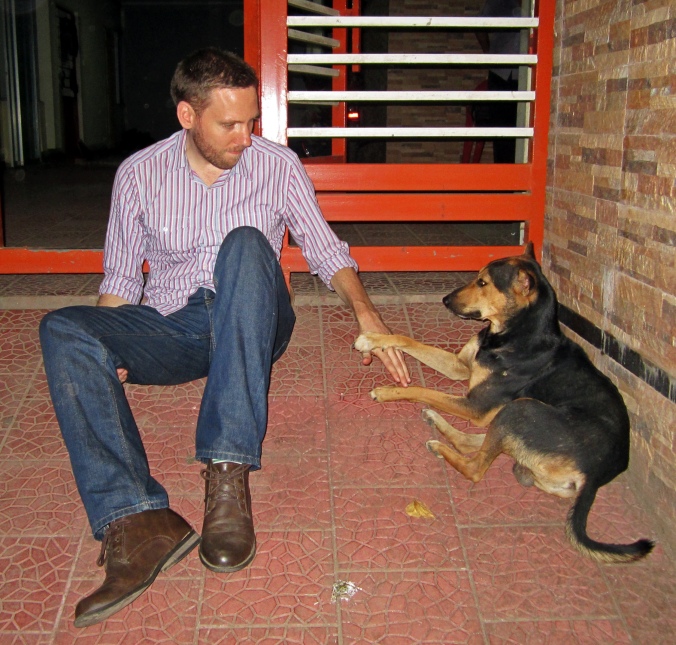 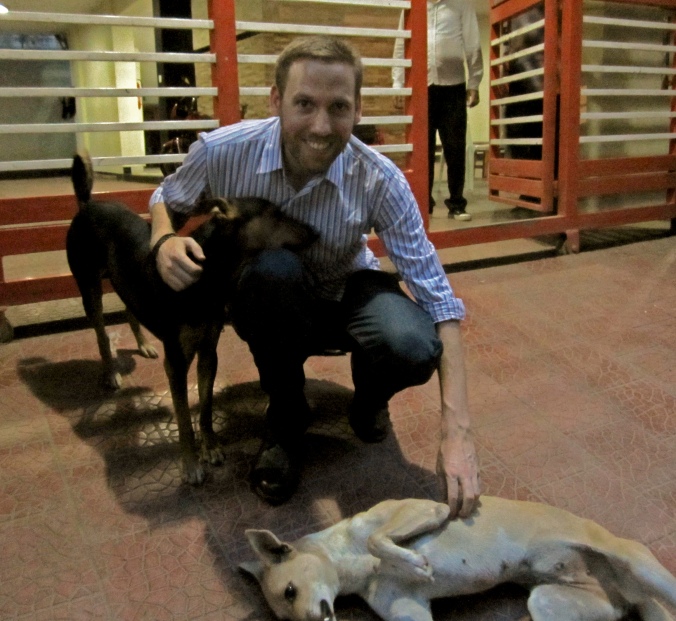 4 thoughts on “A Voice For The Voiceless”